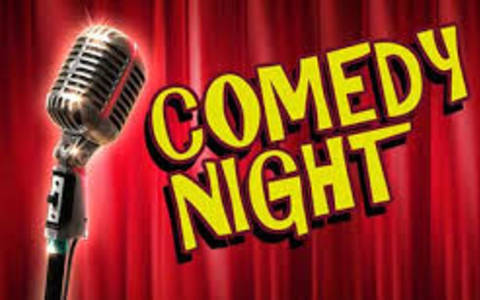 If laughter is the best medicine, then let the Bottle Works Art on Third give you a healthy dose 7- 9 PM Saturday, Mach 16 in the Black Box Theater!
Enjoy two comedy sets by Pittsburgh Steel City Comedy Tour’s Mike Wysocki and Mike Travers. This is a BYOB event! VIP Seating and General Admission seating is limited.
Advance Ticket Sales:
VIP Admission $35 non members; $32 for members
*VIP admission includes seating at pub table close to the stage & complimentary snacks.
General Admission:$30 for non-members; $27 for BW Members
*General Admission is entry to the show.
At the Door Ticket Sales:
$32 for non- members and $30 for BW Member. (GENERAL ADMISSION ONLY)
*Service Fee included. Seating is limited, reserve your seat today!
Mike Wysocki:
Mike Wysocki is a popular Pittsburgh comedian known for regularly contributing to the WDVE Morning Show and hosting his own podcast, The Mike Wysocki Show, on TribLIVE Radio. Mike is notable for his strong writing skills and sardonic look at American life, and he regularly contributes his humor and insights to the Pittsburgh City Paper. Mike made his national television debut on the Arsenio Hall Show after winning the Inaugural Jack Rollins Breakthrough Talent Competition at the Cabo Comedy Festival. He regularly performs at comedy clubs across the country and has opened for acts like Norm Macdonald, Billy Gardell, Tommy Chong, Judah Friedlander, Craig Shoemaker, Bobby Slayton, Mark Eddie and many others.
Mike Travers:
Mike Travers is a comedian from Pittsburgh, Pa. He mixes original songs and uses crowd participation for a completely unique comedy experience! He is a regular at the Pittsburgh Improv, features and headlines for the Steel City Comedy Tour, and has also performed at The Comedy Store Los Angeles, and several resorts in Mexico and the Caribbean. He performs all around the tri-state area and the US with headliners such as Chris Porter, Theo Von, Billy Gardell, Steve Byrne, Jason Collings, Brent Morin, Brad Williams, and many others.