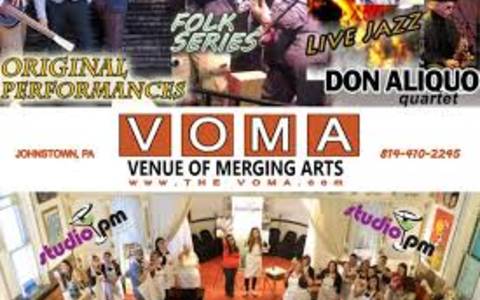 Formed in Washington, D.C. in January of 2014, the EFFECTS are Devin Ocampo, Matthew Dowling, and David Rich. A multi-instrumentalist, Ocampo is a former member of the bands Faraquet, Medications, Smart Went Crazy, and Deathfix, all of whom released music on Dischord Records. He has also toured and recorded with Mary Timony, Beauty Pill, and J. Robbins. Dowling was the bassist and co-leader of Deleted Scenes, while Rich was the drummer in the instrumental group, Buildings.
Their full-length debut, Eyes to the Light, was released in the fall of 2017 on Dischord. link ( link )
-Essential Machine, it's safe to say, doesn't fit the profile of your standard family band. The indie three-piece, which calls the Pittsburgh suburb of Greensburg home, has always been the vehicle of married couple Karen and R.J. Dietrich; they put out their first record under the moniker in 2009. But a funny thing happened in 2014, after the duo had already been recording and playing together for years: They incorporated son Robert into their act, on keyboards. link ( link )
-Mike Miller is a brilliant local singer/songwriter, front man for Endless Mike and the Beagle Club and was a founding member of Johnstown music collective My Idea of Fun.
-Nag Champions Mystery Band from the Ebensburg/Patton area. Drawing from classic rock and roll, blues, folk, and country music the band blends together sounds of the past, present, and future. link ( link )
Doors at 6:30pm - Music at 7:00pm
$8 General Admission - $6 VOMA VIP Members
BYOB is welcome with proper I.D.